Wellbutrin® vs. Lexapro®: A Guide

Depression is a common mental illness. In fact, data from the National Institute of Mental Health shows that an estimated 17.3 million American adults, or 7.1 percent of all adults, experienced a depressive episode at some point during 2017.

Wellbutrin® (which contains an active ingredient called bupropion) and Lexapro® (escitalopram) are two of the most common medications for treating and managing depression.

If you’ve been diagnosed with depression, your healthcare provider may have prescribed one of these medications to help you control your depression symptoms, improve your mood and work toward recovery.

While Wellbutrin and Lexapro are both effective, there are numerous differences between these medications that may make one a better choice for you.

Read on to learn more about Wellbutrin vs. Lexapro, and how each medication works in detail.

We’ve also included information on other types of medication that you may be prescribed if you’re affected by depression or a related mental health condition.

What is Wellbutrin (Bupropion)?

Wellbutrin is a medication that’s used to treat major depressive disorder. It belongs to a class of antidepressants referred to as norepinephrine-dopamine reuptake inhibitors, or NDRIs.

It’s also often referred to as an atypical antidepressant.

The active ingredient in Wellbutrin is bupropion. In the United States, bupropion is sold under a variety of brand names, including Wellbutrin SR®, Wellbutrin XL® and Aplenzin®.

Although it’s best known for its effects on depression, bupropion is also sold as a medication for quitting smoking under the brand name Zyban®.

Wellbutrin comes in tablet form in several dosages. As a treatment for depression, it’s typically prescribed for use two to three times daily.

What is Lexapro (Escitalopram)?

It belongs to a class of medications referred to as selective serotonin reuptake inhibitors, or SSRIs.

The active ingredient in Lexapro is escitalopram. Like bupropion, escitalopram is also available as a generic medication.

Lexapro is available in tablet form and as an oral solution. It’s typically prescribed for use once per day to treat depression and generalized anxiety disorder.

Wellbutrin and Lexapro have several features in common: They’re both antidepressants typically prescribed to treat major depressive disorder, and they’re both effective—with a large volume of research showing they work well for most people.

However, Wellbutrin and Lexapro have several major differences you should be aware of if you’re prescribed either of these medications.

Although Wellbutrin and Lexapro are both antidepressants, they belong to different medication classes and function in different ways inside your body.

Bupropion, the active ingredient in Wellbutrin, is an NDRI that works by increasing the amount of norepinephrine and dopamine in your brain.

Norepinephrine and dopamine are chemicals known as neurotransmitters. They play key roles in regulating your mood, cognitive function and behavior.

For example norepinephrine helps to manage your sleep-wake cycle, your ability to focus on a specific task, form memories and manage certain emotions.

High levels of norepinephrine are associated with feelings of happiness, hyperactivity and high blood pressure.

Low levels of norepinephrine, on the other hand, are linked to depression and anxiety disorders.

Dopamine is involved in reward-seeking, motivation and movement, and research suggests that a high level of the neurotransmitter is associated with greater focus on the benefits of mentally demanding tasks.

Experts believe that bupropion treats depression by acting on these neurotransmitters, an effect that can improve mood and manage depression symptoms.

Escitalopram, the active ingredient in Lexapro, is an SSRI that works by increasing the amount of serotonin in your brain.

Like norepinephrine and dopamine, serotonin is a neurotransmitter. It has a variety of functions within your brain and body such as regulating your mood and feelings of happiness and anxiety.

Although findings are mixed overall, a large amount of research supports the theory that people with depression have reduced levels of serotonin.

Other research has shown that low levels of certain serotonin byproducts may contribute to an increased risk of suicide.

While Wellbutrin treats depression by increasing the levels of dopamine and norepinephrine in the brain, Lexapro specifically targets serotonin.

A simple way to think of these medications is as separate vehicles, each traveling to the same place via a different route.

Although both vehicles will get to their destination, they take slightly different paths on the way.

Dosage of Wellbutrin vs Lexapro

Although both medications typically come in tablet form, Wellbutrin and Lexapro are prescribed at different doses.

Wellbutrin is sold in tablet form, with dosages of 75mg or 100mg per tablet. For depression, it’s typically prescribed at an initial dose of 200mg per day.

This is typically split into two separate  doses of one 100mg tablet each.

Over time, this dosage may be increased to 300mg per day. For depression, Wellbutrin may be used at a maximum dosage of 450mg per day, taken in three separate doses of 150mg.

Wellbutrin can be taken with or without food. Make sure not to adjust your dosage or stop using this medication without first talking to your healthcare provider.

Lexapro is sold in tablet form at dosages of 5mg, 10mg or 20mg per tablet. It’s also available as an oral solution.

For depression, it’s typically prescribed at a starting dosage of 10mg per day, administered once daily.

Over time, your healthcare provider may adjust your dosage of Lexapro to a maximum of 20mg per day.

Lexapro can be taken with or without food. As with other antidepressants, it’s important not to make any changes to your dosage or discontinue usage without first talking to your healthcare provider.

Side Effects of Wellbutrin vs Lexapro

Modern antidepressants are safe, easy to use and effective for the vast majority of people, and neither Wellbutrin nor Lexapro are an exception..

However, like all antidepressants, both medications may cause side effects. Although many of the side effects of Wellbutrin and Lexapro are similar, there are some differences you should be aware of before using either antidepressant.

Common side effects of Wellbutrin and generic bupropion include:

Common side effects of Lexapro and generic escitalopram include:

Of these side effects, the first key difference is the risk of sexual side effects, such as decreased libido and orgasm/ejaculation issues.

Sexual side effects are common with many antidepressants. In fact, almost all SSRIs can cause sex-related issues such as a reduced level of interest in sex, difficulty achieving orgasm and, for some men, difficulty ejaculating.

In fact, several SSRIs, such as sertraline, are prescribed off-label to treat premature ejaculation (PE) specifically because of these effects on sexual performance.

Unlike most antidepressants, Wellbutrin doesn’t appear to cause these side effects. In fact, one small study of men and women prescribed SSRIs found that their sexual side effects got better after they started using bupropion, the active ingredient in Wellbutrin.

A slightly older study on the same topic also found that bupropion helps to alleviate many of the sexual side effects associated with SSRI use.

On the other hand, in clinical trials of Lexapro, as much as seven percent of users developed a reduced level of interest in sex, while between nine and 14 percent reported side effects related to ejaculation.

In short, research shows that Wellbutrin is less likely to cause sexual side effects than Lexapro—a difference you may want to keep in mind when discussing these medications with your healthcare provider.

Another key difference between Wellbutrin and Lexapro is their effect on body weight. Studies of the effects of SSRIs on body composition have found that Lexapro typically produces a small increase in body weight over the course of long-term treatment.

For example, a study that compared several different antidepressants found that escitalopram produced a mild average weight gain of 0.75lbs over the course of six months.

In comparison, research into Wellbutrin largely shows that it’s more likely to cause weight loss than weight gain.

In a study of antidepressants and weight gain, researchers found that bupropion was the only medication that produced weight loss.

Another study found that bupropion enhanced weight loss in obese adults over a period of 48 weeks.

In fact, because of bupropion’s effects on body weight, it’s one of two active ingredients in the weight loss medication Contrave®, or naltrexone/bupropion.

In short, research shows that Lexapro usually causes a small amount of weight gain, whereas Wellbutrin is more commonly associated with weight loss.

Effectiveness of Wellbutrin vs Lexapro

Finally, when it comes to effectiveness, research largely shows that Wellbutrin and Lexapro are both reliable treatments for depression.

In one study, researchers compared the effectiveness of Wellbutrin and Lexapro in people with moderate to severe depression.

The study participants received either generic bupropion, generic escitalopram or a placebo for eight weeks, with their depression symptoms tracked and monitored using the Hamilton Rating Scale for Depression (HAM-D-17) and Hospital Anxiety and Depression (HAD) scale.

The researchers concluded that the medications were similarly effective at treating depression,  but that bupropion was less likely to cause sexual side effects.

Other research has found that Wellbutrin and Lexapro are especially effective when used as a form of combination therapy.

In short, both medications work well. However, if you’re prone to sexual side effects, Wellbutrin may be the better choice for you.

Other Medications for Depression

In addition to Wellbutrin and Lexapro, numerous other medications are used to treat depression and anxiety disorders. These include:

This full list of antidepressants provides more information on these medications, their effects, side effects and more.

Wellbutrin and Lexapro are similar medications. Both are antidepressants supported by a large amount of scientific research, and both have a long track record of producing improvements—often significant.

However, when examining Wellbutrin vs. Lexapro, you’ll note some key differences, ranging from a very different rate of sexual side effects to smaller differences related to weight gain.

If you’re concerned you may have depression, it’s important to reach out to a mental health provider for help.

You can find a range of  mental health care services online, including options such as online psychiatry, individual online counseling, and online support groups.

If appropriate, a psychiatry provider can prescribe medication such as Bupropion XL (generic for Wellbutrin XL) or one of several SSRIs. 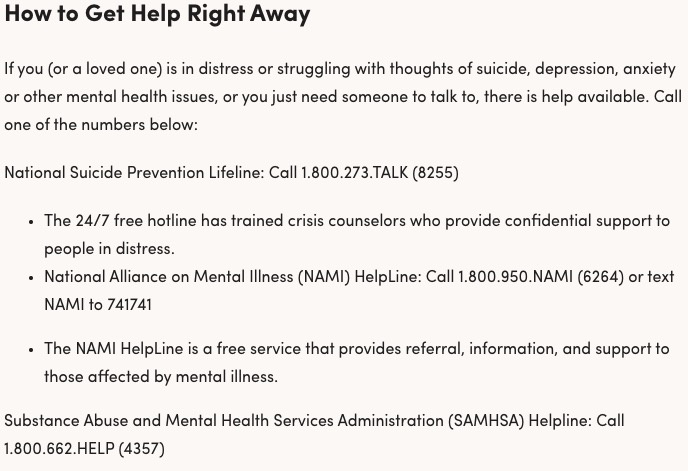