Lifestyle
Back to Blog

The Inexperienced Smoker's Guide to Cigars

Is cigar smoking the healthiest hobby you can take up? No. Of course not. In fact, it’s kind of our responsibility as a men’s health and wellness brand to tell you that smoking cigars can, in fact, be pretty bad for you.

Then again, so can driving too fast, eating steak and playing with fireworks. Yet, we do all those things, too. Why? Because let’s face it, gents; doing bad things is pretty fun — in moderation.

We will handle the online doctor visit, prescription and delivery. Let us take it from here.

Plus, outside the pure recreation of it, cigars mean things. If a buddy’s celebrating the birth of a child, it’s not unheard of to send a box of stogies his way. Same thing applies for friends who get job promotions, buy their first houses, graduate college, get married or hell, even get divorced.

That said, we love a good cigar, and we truly think they’re one of those things everyone should try at least once. Somewhat unfortunately, there’s a lot of nuance, history and variety behind them. If you don’t know what you’re looking for, you may never find the right cigar for you. Fortunately, that’s why you have us.

Here’s the infrequent smoker’s guide to selecting the right cigar.

Just realized that you look your age? Get skin care that works. 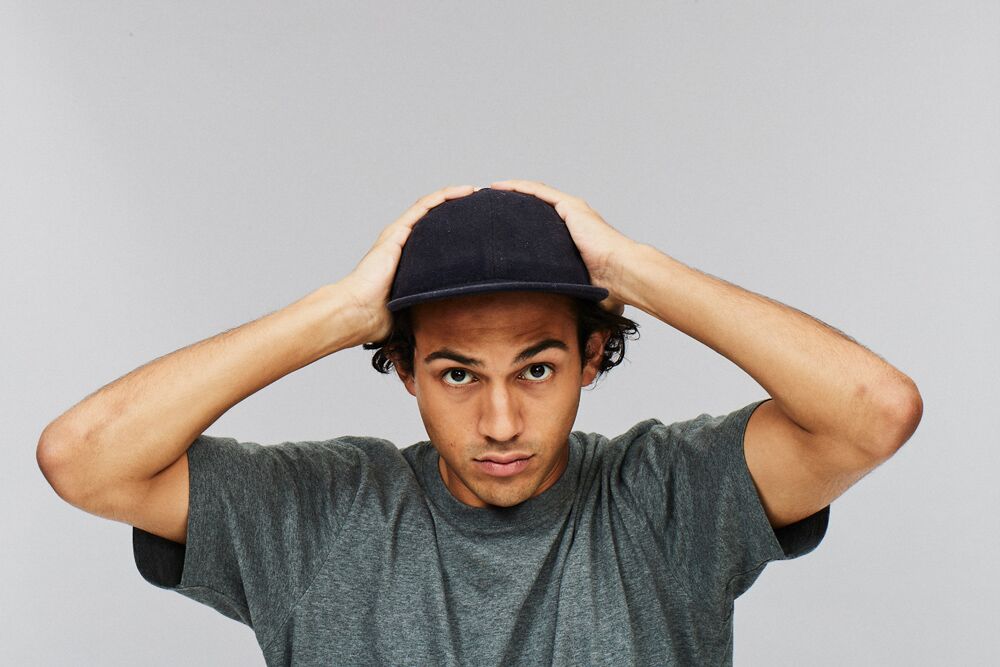 Just realized that you look your age? Get skin care that works.

Cigars come in several different shapes and sizes, and the mere look of a well-stocked walk-in humidor — like the one you’d hopefully find at your local cigar shop — might be enough to send you running for the high hills.

But here’s the thing… For a first-time or novice smoker, none of that should really concern you. Those body styles? Specific wrappers? They’re for the guys who already know what they like and are looking to try something new.

For you, it should be about experimenting and finding something you really like — while probably passing over a few things you don’t. And that’s totally okay. In fact, it’s part of the fun.

The best thing to do is go to your local shop, talk to an employee and allow them to guide you in the right direction. Cigars are all about freedom through variety — embrace that.

At first glance, you’ll notice cigars come in a variety of different wraps, and if you’ve any common sense, you’ll infer the truth: for the most part, the lighter the wrapper, the lighter the flavor. And for good reason.

Lighter-colored wraps, like Claros, are dried in shady areas, likely under cheesecloth, and offer a very mild, light flavor. However, that doesn’t mean that these cigars are tasteless. Tobacco wrapped in these tends to be a little on the bolder side.

Darker colors, like say, Maduros (which actually means “mature” in Spanish), are cured for a lot longer than their younger, lighter contemporaries. That said, their flavor is a lot more pronounced, but it’s also important to note that it doesn’t necessarily mean they’re strong. In fact, Maduros are a great example, specifically, because despite their longer aging process, they actually tend to be distinctly mild, if not a bit sweet.

The best way to figure out what you like is to try one or two of each and see what you’re into. Your preference might surprise you.

Need a longer description on this one to test against mobile.

Need a longer description on this one to test against mobile.

The Importance of Quality Tobacco

Unlike the wrapper, tobacco quality should absolutely be something you concern yourself with. Unfortunately, gauging the quality of a particular cigar’s tobacco can be difficult, which means you’ll find yourself relying pretty heavily on the suggestions of friends and/or cigar aficionados.

Also, and kind of unfortunately, each cigar is different. Any stick worth its salt has been hand rolled, which means it’s subject to the same kind of human error as anything else. Hell, even heart doctors botch a job every once in a while.

Luckily, you can get a good idea of a cigar’s smoke-ability by rolling it through your fingers. Roll it between your index finger and thumb, and see if you feel any lumps or significant empty spaces. Lumps mean the cigar might be bunched up in a specific area, which means there’s a risk that it’ll pull hard and burn unevenly. On the opposite end of that spectrum, a cigar whose wrapper feels empty is going to burn too fast and too hot.

Aside from the physical condition of the tobacco rolled into a cigar, there are many different types of tobaccos and each has their own specific flavor profile. That said, it’s not always easy as simply calling it by type.

For instance, Corojo is a Cuban strain of tobacco leaf that’s grown all over the world, but depending on its geographic origin, it can yield a flavor of tobacco anywhere from creamy and smooth to spicy and robust.

You can also count on a particular tobacco’s country of origin, but we’ll have more on that in a bit.

Frankly, what it comes down to is individual branding. You may receive a recommendation from your friend, colleague or even the guy at your local shop, and that may prove more valuable to you than anything. 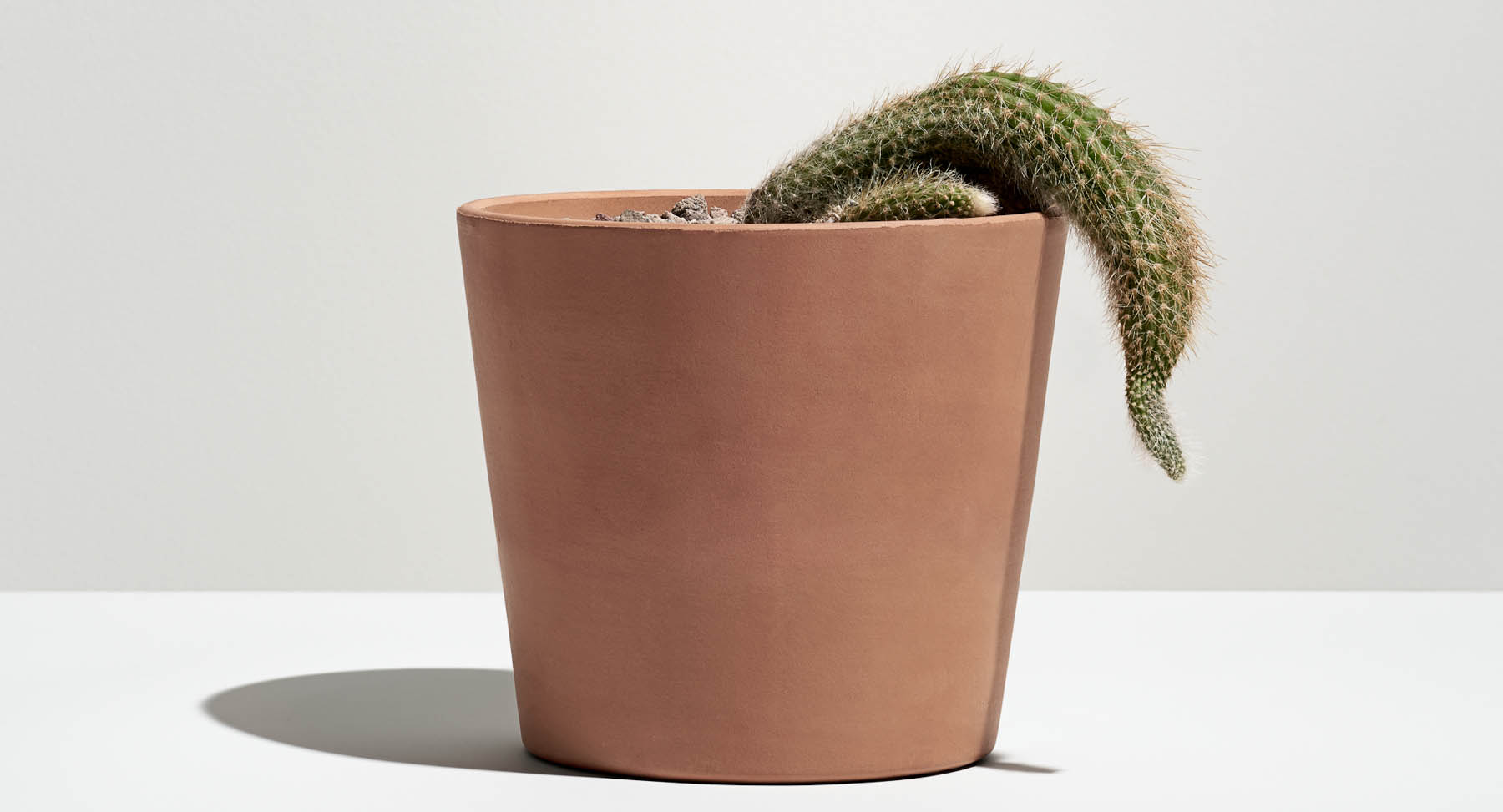 The Cuban Vs. Everyone Debate

Even in countries that aren’t the United States (where it’s actually illegal to buy them), picking yourself up a few Cubans can be quite costly. For instance, in Dublin this past week, we literally spent $31 U.S. for just one Cuban cigar.

However, the Cuban cigar debate is one that’s raged for decades now. Some people swear by Cubans for the impeccable quality of their tobacco, along with their hand-rolled origins. The fact is, there’s a lot to consider.

For instance, when most people think Cubans, they think of a history and heritage that dates to well before the 1950’s, an era renowned for Cuban cigars’ quality and heritage. However, after the Cuban revolution, all that changed.

Many of the families whose cigars we’ve come to know and love — yes, including Romeo y Juliette, Cohiba, Montecristo, Punch and plenty of others — fled Cuba in fear of having their businesses appropriated.

They all relocated to places like the Dominican Republic and Nicaragua, leaving behind their Cuban roots for greener pastures. And with them, they brought the seeds and even some of the soil for which their cigars became so popular, while the Cuban government nationalized their factories and completely changed the way things worked.

Long story short, the quality of Cuban cigars have diminished in the decades following the Cuban Revolution, and there are plenty of cigar companies offering excellent options for smokers of all different levels of experience outside of Cuba.

Cubans used to be the best. But now? That’s debatable.

Multiple ctas of the same type work like champions

So many ctas, all of them as amazing as the last one

So, when push comes to shove, what cigars would we recommend? Well, as mentioned above, there are a lot of options out there. Luckily, as a novice, you can’t really go wrong.

Oliva Serie G
This one is a bit of a wildcard because it does have a darker, more robust wrapper and features a spicier filler. However, we think it’s a great inclusion here because aside from being a pretty inexpensive stick, it’s also not too much. You’ll get a taste of a more advanced cigar for a very small price, and if you decide it’s not your thing, you can stick to something a little lighter.
Link

Casa Torano
When it comes to keeping a humidor, you obviously always want to have the cigars you like in there. But you also want to keep all-around good, level cigars that most people — regardless of experience — will enjoy. That’s exactly what Casa Toranos are.

Made in Honduras, these sticks are mild-to-medium cigars that offer a complex flavor profile, but are mild enough for even the most inexperienced smoker. They’re rich and smooth from start to finish, and won’t leave you feeling scorched or overwhelmed.
Link

Arturo Fuente Curly Head Deluxe
When it comes to cigars, you can usually rest assured that you’re going to get what you pay for. But when it comes to the Arturo Fuente Curly Head Deluxe, you’re going to pay less than four dollars per cigar and get something truly special. These are consistent and mild, and we’d bet that you won’t find a better smoke for the money. While it’s the lowest offering on the A. Fuente totem pole, don’t let its price point fool you.
Link

Punch Grand Cru
A more experienced smoker might raise an eyebrow at us for including a Punch stick on this list because they’re known for their stronger, more robust cigars. However, we love their Grand Cru because it smokes easy, features a very light Connecticut Shade wrapper and a Honduran blend of tobaccos that’s rich, a little spicy and offers the perfect amount of flavor without going too far.
Link

There you have it, folks. What it really all comes down to for the novice or first-time smoker is a willingness to learn and experiment. We hate to sound too nerdy, but cigars are one of our favorite hobbies — and not just because we enjoy smoking one once in a while. The history and nuance behind cigar culture are things we appreciate, much the same as whisk(e)y, wine and everything fine.

Oh, and here’s a secret pro-tip: you meet the nicest, most interesting people in a cigar shop. Say bet.

Looking for more ways to do bad things and have more fun — in moderation? Head on over to the hims blog.